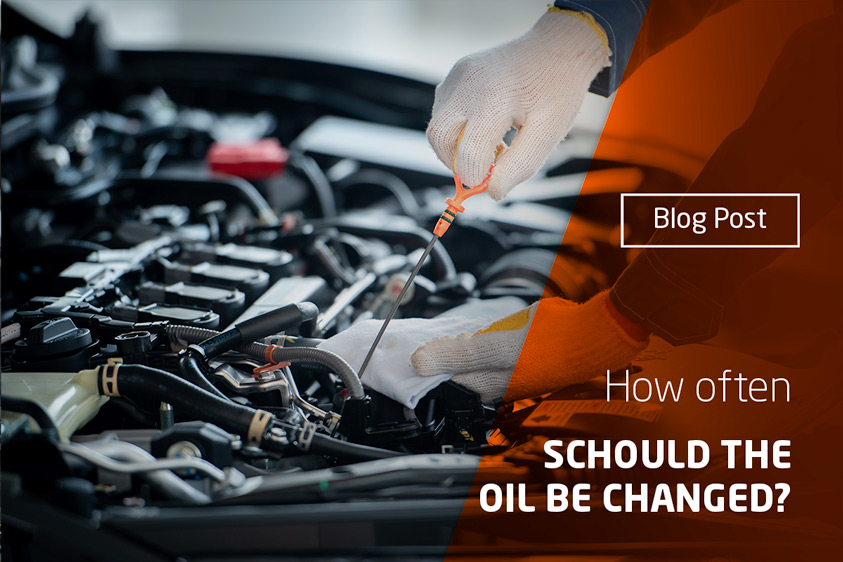 Much has been written about changing the oil. The manufacturers themselves theoretically leave no illusions, precisely defining the intervals between individual oil changes. Despite this, there are drivers who have doubts: replace as recommended by the manufacturer? Maybe it’s better more often? Let’s take a closer look at this topic.

Let’s not have any doubts – the passage of time is not good for the engine oil from our car. Every oil company emphasizes that the durability of even the best oils is limited. Changes that cause progressive destruction are happening in them all the time. They are related to oxidation and the formation of acids and other compounds harmful to the engine. For this reason, periodic oil changes are always recommended, even in cases where the car has only driven a few kilometers since the last oil change. However, if we use the car occasionally, synthetic engine oil will be a better choice. Most manufacturers specify the durability of such oil for about 3 years.

How often should car oil be changed?

In short, it depends. As we mentioned, the durability of an average “synthetic” can be up to 3 years (in the case of sporadically used cars). However, if we treat the car as an everyday tool, we will have to buy engine oil more often. Cars covering mainly long intercity routes should be replaced after 15,000 km – 20,000 km. The interval is shortened in the case of vehicles usually used for short distances. Then the new oil should be poured into the car every 10,000 km – 15,000 km. The combustion temperatures in the chambers are much higher than when driving with petrol. Remember! If the engine overheats, do not delay pouring new oil! High temperatures have a destructive effect on the viscosity of the oil, deteriorate its lubricity and cause loss of its properties. boiling the car is something that qualifies the oil for almost immediate replacement.

A car after long period of non-use – how to change the car oil then?

What about cars that have been standing in forgotten garages for a long time (often even for many years)? The oil in the engine of such a vehicle is no longer good for anything – that’s clear. Unfortunately, the owner of the vehicle, who has had many years of parking behind him, must remember one more, very important thing. In the case of engines that have not been used for a long time, numerous deposits are a very serious danger. Most often they clog filters, oil pumps, oil pump dragons or oil lines. This is especially important in the case of vintage cars, because they are usually the ones that go into the light of day after many years.

If the mineral engine oil in our vintage car has been replaced with a new, synthetic mineral engine oil, it always releases a lot of sludge. They are dissolved in detergents, which almost every car oil contains today. For this reason, the next change must be carried out very quickly, during which the filters must not be forgotten.

Or maybe… not to change the oil at all?

It sounds like an absurd, but for a small group of drivers, getting them to change the oil on a regular basis is just a way to siphon money from car owners. Proponents of this theory argue that used engine oil is enough to filter additionally, but in fact, even this is not necessary. Where did these conclusions come from? The seeds of uncertainty were reportedly sown years ago by the director of one of the Dutch branches of the oil producing company. The man said that his research shows that frequently replaced car oil is rather harmful, and certainly not helping. However, manufacturers maintain that a systematic oil change is simply the cheapest way to keep the engine in good condition for a long time.

Synthetic, mineral or semi-synthetic – which engine oil to choose?

Which engine oil should be poured best? The answer is not clear cut. So let’s follow all three types of lubricants available on the market:

What kind of oil will you put in your car? The choice is yours. just remember not to listen to conspiracy theories and replace it from time to time.

What does the term horsepower mean?