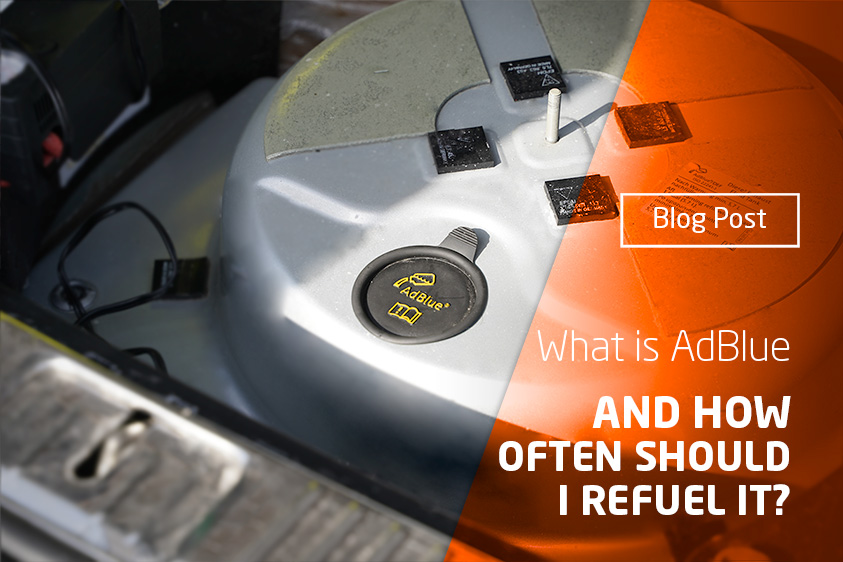 AdBlue is used to reduce nitrogen oxide emissions in diesel engines in passenger cars and trucks. This solution is used only in cars that are equipped with an SCR catalytic converter. Due to the standards and regulations in force in the European Union regarding permissible exhaust emissions, most car manufacturers made sure that the vehicle could not be started without this fluid. What is AdBlue used for and what are its advantages? Where can the AdBlue filler be located? How much fluid should be added to the tank and how often should it be done? We answer all these and many other questions in the article below.

Does AdBlue need to be added in every type of car?

AdBlue is only needed for vehicles equipped with a Selective Catalytic Reduction (SCR) diesel engine. Of course, all cars must meet exhaust emission standards, but not all manufacturers have decided to include SCR catalysts in their catalogs. With the advent of the Euro 6 standard, the DPF (diesel particulate filter) solution has gained a lot of popularity.

How much AdBlue needs to be added to the tank when the dashboard light comes on?

The size and position of the AdBlue tank may vary depending on the make and model of the vehicle. The easiest way to check these parameters is in the user manual assigned to the car. The safest solution is, of course, to fill 90-95% of the tank, as this prevents excess AdBlue from spilling over the paint or other parts of the vehicle. In theory, it shouldn’t damage anything, but when it dries, an unsightly w

Is it a good idea to fill up AdBlue from a dispenser at a gas station?

AdBlue can be bought at almost every gas station in the form of plastic canisters (or bags) or directly from a distributor. As a rule, the distributor is a much cheaper and safer solution, because you do not have to worry about the composition of AdBlue. Considering that it is essentially an aqueous solution of urea and distilled water, it is not surprising that there are many nameless substitutes available on the market. However, the AdBlue canister is a much more practical solution, as it can be easily transported in the trunk.

Can the engine be started if AdBlue runs out?

Most car manufacturers have made sure that the lack of AdBlue prevents the engine from starting and continuing to drive. Without this specificity, the emission level of nitrogen oxides exceeds European standards, which, according to the regulations, makes it impossible to drive a given car on public roads. It is also worth mentioning here illegal devices called SCR emulators, which are a form of electronic bypassing the manufacturer’s lock. They do not reduce exhaust emissions in any way, but when connected, they can fool the sensors of the on-board computer system. For this reason, during roadside checks, they can be very easily detected and removed, thus preventing further driving. In the case of some cars, the lack of AdBlue can also be bypassed with a paper clip or a small plate, which is temporarily bridged by the starter relay.

Can the original AdBlue composition be replaced with cheaper alternatives?

What is AdBlue used for?

AdBlue is a preparation necessary in the process of selective catalytic reduction of nitrogen oxides, i.e. reducing the harmfulness of exhaust gases emitted by a diesel engine. While driving, AdBlue is automatically dosed and injected into the exhaust system. It is thanks to it that you can maintain compliance with the standards and regulations in force in Europe.

What does AdBlue consumption depend on?

AdBlue consumption depends to a large extent on factors such as the type of vehicle (e.g. passenger car, delivery truck, agricultural vehicle, etc.), driving style, road conditions, car weight as well as engine power and capacity. In the case of passenger cars, it is estimated that consumption is in the range of about 1-3l / 1000 km.

Where is the AdBlue filler most often located?

The AdBlue filler is most often located next to the diesel filler (i.e. diesel fuel), but in some cars the tank can also be located under the hood or even in the boot floor. If you have difficulty finding the tank, it is worth spending a few minutes reading the vehicle manual, which may also provide information about its capacity. In the case of smaller passenger cars, the AdBlue tank can hold about 10 liters, but it is worth noting that trucks and agricultural vehicles are characterized by higher AdBlue consumption, and therefore they can be equipped with even several times larger tanks.

Tire tread – what is its importance and influence on driving