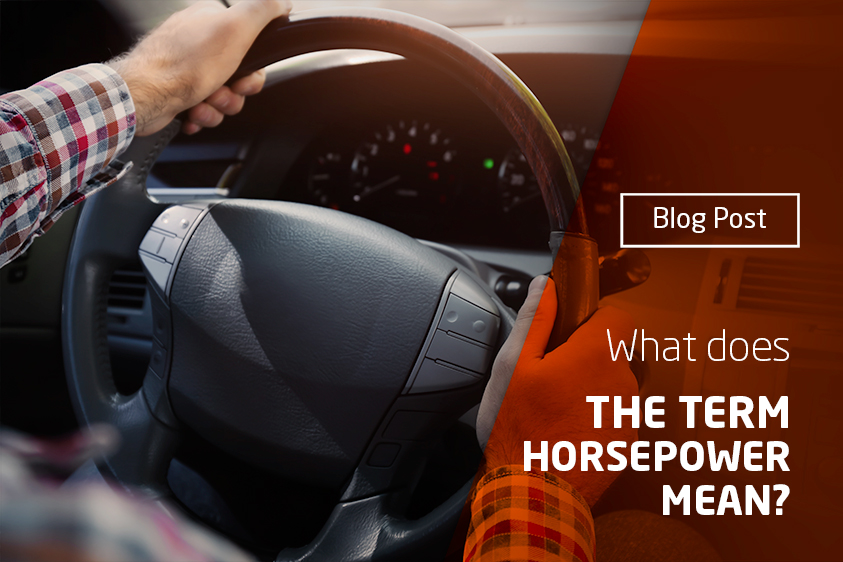 “Power expressed in horsepower” – this term always accompanies tables with the performance of individual cars. Drivers usually say that the more horses the better, but is it really so? And above all – what exactly are these horses?

By the term “engine power” we understand its useful power, i.e. the one that translates into the actual use of the car. Engine power is determined by the number of horsepower. The Polish abbreviation KM has its equivalents in Germany, as PS; in England, as HP; in France By the way, the abbreviation CV in France used to refer to the tax class of the vehicle. 1CV corresponded to about 190 cm of engine capacity. This is where the names of once popular French cars (including Citroen 2CV or Renault 4CV) came from ).

However, anyone who thinks that an attempt to calculate the horsepower of a given engine must always lead us to the same result is wrong. There are many ways to determine horsepower. There are different formulas in which the diameter of the piston and its stroke, the number of revolutions per minute, the number of cylinders etc. are taken into account. Unfortunately, all these formulas and calculations will lead us to different results and conclusions (after all referring to the same engine). It is normal that the engine tests carried out on the dynamometer give different results than the calculations made on paper would suggest. It is worth noting that some manufacturers give the power of the “unarmed” engine, i.e. running on a dynamometer, but not equipped with any accessories. Such an engine will not be loaded with a silencer, cooling system, etc., so its power will be greater, but it will decrease when installed in the car with all the necessary equipment Remember that a significant part of the engine power is absorbed by air resistance, wheel rotation or the operation of propulsion mechanisms.

The above words best illustrate the reality of years ago. In the 1950s (but also earlier), double numbers could be found in price lists and brochures for advertising purposes. And so the engine power was defined as, for example: 9/25 HP or 17/45 HP. Today, we would probably call such an action a marketing gimmick. The smaller number referred to the effective power (measured at the motor shaft) and in fact it was the binding one. The second value was the theoretical power that should be transmitted to the piston inside the cylinder. There have been cases where companies have reported lower-than-real numbers and later advertise that even their relatively weak engines outperform their competitors’ larger engines.

What gives you a real idea of ​​the power?

As you can see, expressing power in horsepower is not the best idea. The actual insight into the engine power and what work we can expect from it will give us the diameter and stroke of the piston, the dimensions of the unit in relation to the entire car and the liter capacity, i.e. the displacement volume of cylinders in cubic centimeters. The liter capacity is defined as the sum of all engine cylinders.

The mixture of air and fuel causes an explosion in the cylinder. This explosion creates a force that pushes the piston. Unfortunately, only a fraction of the heat generated (and quite a fraction of it) is used to push the plunger. A large amount of heat is lost when the cylinder walls are heated. Some of it is precipitated with the exhaust gas, some is used up by friction in the engine mechanisms, etc. Finally, a small amount of heat produced from the explosion of the sucked in portion of the mixture gives the pressure pushing the piston, i.e. it turns into mechanical work on the engine shaft. This percentage of heat converted into mechanical work is sometimes called the engine’s thermal efficiency coefficient. Thermal efficiency is largely dependent on the engine design, cylinder finish, head shape and material, timing gear, etc.

One may ask: in fact, why was the horse chosen? It all came from experience where it took two tough horses working in shifts with eight others (on a continuous 24-hour cycle) to keep the mine pump working. Experience has shown that the steam engine had a power of 10 horsepower, as it was able to replace that many horses. It quickly turned out that the conversion factor was strongly imperfect. It wasn’t until James Watt had an idea how to make the calculations of his predecessor Thomas Savery more accurate. After making complicated calculations, he proved that one horsepower corresponds to roughly 735 watts. The engine power is sometimes expressed in kilowatts (mainly by manufacturers, although this value is also used by offices by entering it in registration certificates). One kilowatt (kW) equals 1.36 horsepower (HP). In the end, however, it was the horsepower, not the kilowatt, that is equated with the potential of the engine of each vehicle. It can therefore be said that the horsepower turned out to be a mountain.

so much the better, but is it really so? And above all – what exactly are these horses?

No comments to show.