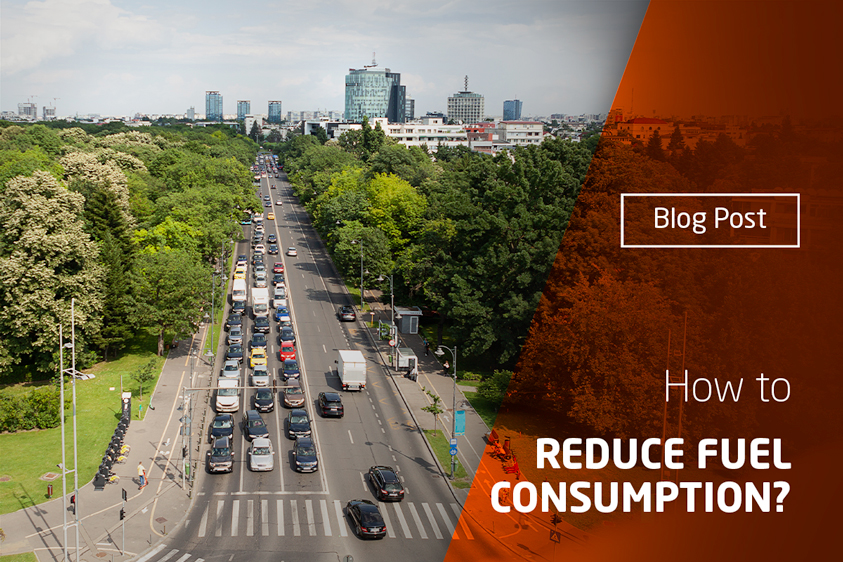 People in many countries around the world are complaining about fuel prices. In Poland, petrol has always been expensive and nothing has changed for the better in this respect. In the face of increasing amounts of money that drivers are forced to leave at gas stations, it is worth seriously considering eco-driving. Speaking Polish: over an economical driving style. We advise how to go about it and where to start.

What is eco-driving and what is it about?

Eco-driving is (as mentioned above) an economical driving style. It consists in operating the gas pedal and gear lever in such a way that the car we drive consumes as little fuel as possible. Eco-driving is an art that can take a while to learn, and it can be slightly different in every car. Of course, the differences between the vehicles will not be big, because, in the end, it will be the same thing every time. What drivers should avoid is throttling the gas pedal and driving in too low or too high a gear.

Not much in common. Two drivers who cover exactly the same route, achieving a different fuel consumption level (e.g. 7 and 10 liters per 100 km) do not have to drive it at different times. More fuel consumption in one of the drivers could have resulted from more dynamic driving, frequent (often sharp) braking, and sudden acceleration. Violent driving style is not only of paramount importance in terms of the amount of fuel consumed but also does not usually translate into faster reaching your destination. We can easily find out about it while moving in city traffic, especially in large agglomerations. Driving calmly and in accordance with the law, let’s spot a driver who, by quickly changing lanes, often accelerating and braking, will try to overtake as many cars as possible. The task should not be difficult, because there are many drivers who move in this way. There is a very good chance that we will stand right behind him at the next traffic light, or two or three cars apart. The problem is that our sustainably driven car only used as much fuel as it needed to be. The consumption of gasoline in the car we observed was certainly much higher, and at the same time, it did not bring any benefits. Eco-driving is primarily thoughtful and fluid driving.

The question of how to reduce fuel consumption in a car has been tried for a long time. The conclusions were usually similar, but from time to time the imaginations of drivers were ignited by sensational media reports. Enough to mention the experimental Volkswagen 1L, which, as the name suggests, consumed 1 liter of fuel (in this case, oil) per 100 kilometers traveled. Probably not a small group of drivers had great hope that building a massive super-efficient car would be a matter of time. Unfortunately, cars such as the aforementioned Volkswagen do not have a chance to prove themselves as practical vehicle on a daily basis. So the drivers don’t have much choice but to take matters into their own hands. It is a good idea to start by keeping an eye on the engine speed and keeping it at the most economical level. This in many cars is marked in green on the tachometers. Perhaps the onboard computer of our car also has the function of displaying instantaneous fuel consumption. We have already mentioned the disastrous effects of “torn” driving, and therefore full of acceleration and braking. So let’s focus on the less obvious thing, which is … observation of the traffic situation. It is about controlling what is happening, e.g. 200 meters ahead of us. Rapid maneuvers can be avoided much easier when we know in advance that a few cars in front of us, someone has just stopped, changed lanes or the traffic light turned red. Coasting is also a proven trick. It consists in “throwing in the slack” in a situation when the cork stretches a bit in front of us, or the red light turns on. In such situations, the car rolls over and loses speed on its own. Our only task is to press down the brake just in front of the obstacle.

It cannot be expected that the average price of fuel at a Polish station will decrease significantly. If we want our car to wear out slower and less money from our wallet, let’s drive carefully. Economical driving of a car guarantees smooth and safe reaching the destination, and at the same time it is cheaper and less harmful to the environment. Remember that each braking is the friction of the brake blocks against the discs or drums. Each such activity involves abrasion of the mentioned elements, and the resulting dust rises along the road and settles on everything around. It is easy to find out by looking at the front wheels of our car. The dirt visible on the rims is nothing else than dust mixed with particles from our brake system. Less braking means less ubiquitous dust. Let’s drive smarter, cheaper, and cleaner.